We believe speech interfaces will be a big part of how people interact with their devices in the future. Today we are excited to announce the initial release of our open source speech recognition model so that anyone can develop compelling speech experiences.

The Machine Learning team has been working on an open source Automatic Speech Recognition engine modeled after the Deep Speech papers (1, 2) published by Baidu. One of the major goals from the beginning was to achieve a Word Error Rate in the transcriptions of under 10%. We have made great progress: Our word error rate on LibriSpeech’s test-clean set is 6.5%, which not only achieves our initial goal, but gets us close to human level performance.

This post is an overview of the team’s efforts and ends with a more detailed explanation of the final piece of the puzzle: the CTC decoder.

Coqui STT is an end-to-end trainable, character-level, deep recurrent neural network (RNN). In less buzzwordy terms: it’s a deep neural network with recurrent layers that gets audio features as input and outputs characters directly — the transcription of the audio. It can be trained using supervised learning from scratch, without any external “sources of intelligence”, like a grapheme to phoneme converter or forced alignment on the input.

This animation shows how the data flows through the network. In practice, instead of processing slices of the audio input individually, we do all slices at once.

The output of the network is a matrix of character probabilities over time. In other words, for each time step the network outputs one probability for each character in the alphabet, which represents the likelihood of that character corresponding to what’s being said in the audio at that time. The CTC loss function (PDF link) considers all alignments of the audio to the transcription at the same time, allowing us to maximize the probability of the correct transcription being predicted without worrying about alignment. Finally, we train using the Adam optimizer.

Supervised learning requires data, lots and lots of it. Training a model like Coqui STT requires thousands of hours of labeled audio, and obtaining and preparing this data can be as much work, if not more, as implementing the network and the training logic.

We started by downloading freely available speech corpora like TED-LIUM and LibriSpeech, as well as acquiring paid corpora like Fisher and Switchboard. We wrote importers in Python for the different data sets that convert the audio files to WAV, split the audio and cleaned up the transcription of unneeded characters like punctuation and accents. Finally we stored the preprocessed data in CSV files that can be used to feed data into the network.

Using existing speech corpora allowed us to quickly start working on the model. But in order to achieve excellent results, we needed a lot more data. We had to be creative. We thought that maybe this type of speech data would already exist out there, sitting in people’s archives, so we reached out to public TV and radio stations, language study departments in universities, and basically anyone who might have labeled speech data to share. Through this effort, we were able to more than double the amount of training data we had to work with, which is now enough for training a high-quality English model.

Having a high-quality voice corpus publicly available not only helps advance our own speech recognition engine. It will eventually allow for broad innovation because developers, startups and researchers around can train and experiment with different architectures and models for different languages. It could help democratize access to deep learning for those who can’t afford to pay for thousands of hours of training data (almost everyone).

To build a speech corpus that’s free, open source, and big enough to create meaningful products with, we worked with Mozilla’s Open Innovation team and launched the Common Voice project to collect and validate speech contributions from volunteers all over the world. Today, the team is releasing a large collection of voice data into the public domain. Find out more about the release on the Open Innovation Medium blog.

Coqui STT has over 120 million parameters, and training a model this large is a very computationally expensive task: you need lots of GPUs if you don’t want to wait forever for results. We looked into training on the cloud, but it doesn’t work financially: dedicated hardware pays for itself quite quickly if you do a lot of training. The cloud is a good way to do fast hyperparameter explorations though, so keep that in mind.

We started with a single machine running four Titan X Pascal GPUs, and then bought another two servers with 8 Titan XPs each. We run the two 8 GPU machines as a cluster, and the older 4 GPU machine is left independent to run smaller experiments and test code changes that require more compute power than our development machines have. This setup is fairly efficient, and for our larger training runs we can go from zero to a good model in about a week.

Setting up distributed training with TensorFlow was an arduous process. Although it has the most mature distributed training tools of the available deep learning frameworks, getting things to actually work without bugs and to take full advantage of the extra compute power is tricky. Our current setup works thanks to the incredible efforts of my colleague Tilman Kamp, who endured long battles with TensorFlow, Slurm, and even the Linux kernel until we had everything working.

Putting it All Together

At this point, we have two papers to guide us, a model implemented based on those papers, the resulting data, and the hardware required for the training process. It turns out that replicating the results of a paper isn’t that straightforward. The vast majority of papers don’t specify all the hyperparameters they use, if they specify any at all. This means you have to spend a whole lot of time and energy doing hyperparameter searches to find a good set of values. Our initial tests with values chosen through a mix of randomness and intuition weren’t even close to the ones reported by the paper, probably due to small differences in the architecture — for one, we used LSTM (Long short-term memory) cells instead of GRU (gated recurrent unit) cells. We spent a lot of time doing a binary search on dropout ratios, we reduced the learning rate, changed the way the weights were initialized, and experimented with the size of the hidden layers as well. All of those changes got us pretty close to our desired target of <10% Word Error Rate, but not there. 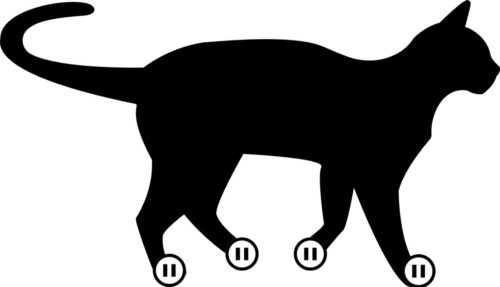 This is a pretty good way of decoding the probabilities output by the model into a sequence of characters, but it has one major flaw: it only takes into account the output of the network, which means it only takes into account the information from audio. When the same audio has two equally likely transcriptions (think “new” vs “knew”, “pause” vs “paws”), the model can only guess at which one is correct. This is far from optimal: if the first four words in a sentence are “the cat has tiny”, we can be pretty sure that the fifth word will be “paws” rather than “pause”. Answering those types of questions is the job of a language model, and if we could integrate a language model into the decoding phase of our model, we could get way better results.

When we first tried to tackle this issue, we ran into a couple of blockers in TensorFlow: first, it doesn’t expose its beam scoring functionality in the Python API (probably for performance reasons); and second, the log probabilities output by the CTC loss function were (are?) invalid.

We decided to work around the problem by building something like a spell checker instead: go through the transcription and see if there are any small modifications we can make that increase the likelihood of that transcription being valid English, according to the language model. This did a pretty good job of correcting small spelling mistakes in the output, but as we got closer and closer to our target error rate, we realized that it wasn’t going to be enough. We’d have to bite the bullet and write some C++.

Beam Scoring with a Language Model

Luckily, TensorFlow does have an extension point on its CTC beam search decoder that allows the user to supply their own beam scorer. This means all you have to do is write the beam scorer that queries the language model and plug that in. For our case, we wanted that functionality to be exposed to our Python code, so we also exposed it as a custom TensorFlow operation that can be loaded using tf.load_op_library.

Getting all of this to work with our setup required quite a bit of effort, from fighting with the Bazel build system for hours, to making sure all the code was able to handle Unicode input in a consistent way, and debugging the beam scorer itself. The system requires quite a few pieces to work together:

Although adding this many moving parts does make our code harder to modify and apply to different use cases (like other languages), it brings great benefits: Our word error rate on LibriSpeech’s test-clean set went from 16% to 6.5%, which not only achieves our initial goal, but gets us close to human level performance (5.83% according to the Deep Speech 2 paper). On a MacBook Pro, using the GPU, the model can do inference at a real-time factor of around 0.3x, and around 1.4x on the CPU alone. (A real-time factor of 1x means you can transcribe 1 second of audio in 1 second.)

It has been an incredible journey to get to this place: the initial release of our model! In the future we want to release a model that’s fast enough to run on a mobile device or a Raspberry Pi.

If this type of work sounds interesting or useful to you, come check out our repository on GitHub and our Discourse channel. We have a growing community of contributors and we’re excited to help you create and publish a model for your language.